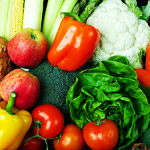 According to a presentation at the 2013 Food Technologists Annual Meeting and Expo in Chicago, a plant-based diet provides the same quality of fuel for athletes as a meat based diet, as long as vegetarians make sure to supplement their diet with foods that contain the same specific nutrients found in animal products.

The research, conducted by Dilip Ghosh PHD, a director of Nutriconnect in Australia, stated that there have been vegetarian athletes throughout history, such as Roman gladiators; whose bones indicate that they may have been vegetarians. He also mentioned modern day examples of vegetarian athletes such as marathon runner Bart Yasso and Ironman triathlete Brendan Brazier, who is recognised as one of the world’s foremost authorities on plant-based nutrition and sports performance. Brazier says he has “sustained huge health gains by switching to a plant-based diet” and regularly writes about the benefits of being vegetarian.

Ghosh’s study showed that if athletes find ways in their diet to reach the acceptable macronutrient distribution for all athletes which is; 45-65% carbohydrates, 20-30% fat and 10-35% protein, then being vegetarian should make no difference to their performance.

It is important for vegetarians to find sources of iron, calcium, zinc, creatine, vitamin B12 and vitamin D in their diet, as these are commonly lacking in a due to the fact that they are mostly found in animal products. Female vegetarian athletes in particular need to be aware of iron deficiencies in their diets which may limit endurance performance and so they need to supplement accordingly. All vegetarians have lower creatine muscle concentrations which could affect high-level exercise performance if a balanced diet is not followed.

To make sure that you are eating a well balanced vegetarian diet that protects against deficiencies and improves performance, remember to include the following; orange and yellow fruits and vegetables, green leafy vegetables, fortified breakfast cereals, soy drinks and nuts and milk products (for vegetarians who consume dairy). Plant based sources of protein include lentils, beans and quinoa.

Ghosh noted that his research was based on observational and short-term studies and said that there needs to be a well-controlled, long-term study done to fully asses the impact of a vegetarian diet on an athlete’s performance.