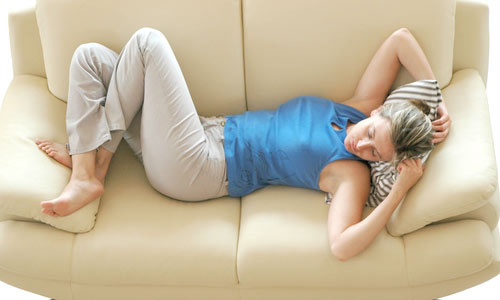 Sleep; one of the many things most of us wish we could get more of. Often the topic of conversation; with some stating that they need nine hours to get through the day and others arguing that four hours is more than adequate. Parents of small children lament their lack of it while others fall into bad habits; sacrificing it for nights out or late nights in front of the television. Getting adequate sleep gives you more energy and helps you to feel alert, emotionally balanced and mentally sharp and it is also a significant factor in maintaining a healthy weight.

Sleep is essential for reaching our optimum fitness levels. Alongside diet, sleep is just as important when it comes to maintaining a training regime. We all know that when we don’t get enough sleep we feel groggy and have less energy during our day. When you are tired you are more likely to skip your gym session in favour of a night on the couch instead and so the weight can easily start to creep on over time if sleeping patterns and energy levels aren’t restored. A study in Stanford University found that swimmers who got adequate sleep swam faster, for longer distances and reacted quicker than those whose sleep was restricted.

As well as fueling you for training, sleep is also of huge significance when it comes to recovery after exercise. It has been shown in studies, that lack of sleep over an extended period of time leads to a deterioration in recovery. This is mainly due to the decrease of human growth hormone (HGH), which is produced in the pituitary gland during sleep and is responsible for building muscle tissue as well as cell regeneration, reproduction and growth. Increased levels of growth hormones means an increased metabolism and with a faster metabolism, you burn energy more efficiently.

As well as affecting hormones that contribute towards recovery, sleep also affects the hormones called leptin and ghrelin. Leptin is responsible for suppressing hunger and ghrelin stimulates appetite. Lack of sleep lowers levels of leptin in our bodies and increases levels of ghrelin which results in an increase in appetite and the temptation to reach for the biscuits. A recent study, conducted by the Sleep and Chronobiology laboratory at the Hospital of the University of Pennsylvania, also suggests that healthy adults with late bedtimes and long term sleep restriction are more likely to gain weight due to a higher calorie intake in late night hours.

In this study, results showed that people who slept only between 4am and 8am for five night in a row, gained more weight that the people who slept ten hours each night from 10pm to 8am. The study showed that there was an overall increase in calorie consumption of those who slept only four hours due to the extra meals that they ate late at night. They also found that the proportion of calories consumed from fat was higher during these late hours than at any other time in the day and that males gained more weight than females.

So how do you get to bed earlier and avoid late night snacking and weight gain? Planned routines that involve going to bed and waking up at the same time every day will help you to feel more refreshed than if you get the same hours of sleep over different periods of time. It is also important to work out how many hours of sleep you need, while it varies slightly from person to person, most healthy adults need eight hours to feel their best. If you have trouble nodding off then instead of counting sheep, try removing mobile phones, laptops or televisions out of your room and read a book instead. A bedtime ritual such as listening to soothing music or having a warm bath can also help to relax the body too. Make sure not to eat too close to your bedtime and stay away from alcohol and caffeine also as they can disrupt sleep later in the night due to their stimulating effects. A quick nap during the day that is no longer than 30 minutes can also be a great way to recharge your batteries.

If you do happen to get hungry before going to bed, there are foods that are healthy and won’t interfere with your weight or sleep. Snacks such as cottage cheese that are high in protein help to aid muscle building and recovery while you sleep. A small portion of popcorn is another low fat healthy snack to satisfy hunger pangs. Snacks like Greek yogurt with honey and banana, a peanut butter or turkey sandwich all contain tryptophan which helps the body make serotonin, encouraging sleepiness in the body.

So next time you’re tempted to stay up late in front of the television with a packet of biscuits or a pizza, try a healthy snack before taking yourself off to bed; your body will thank you for it.