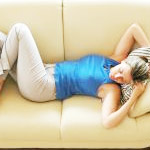 Regus the global provider of flexible workplaces concluded in a recent study that traditional office culture places too many demands on many Irish workers and is detrimental to health. Many employers claim they are looking at ways to provide flexible working to address the needs of workers but few are following up on the rhetoric. Unfortunately, the aggressive pace of the commercial workplace and a culture where work life balance is often secondary to profit, has left a legacy of ill health, sleep deprivation and a work day that combined with stressful commuting puts family life at risk.

Over one third of Irish office workers sacrifice their sleep to be able to fit in work and personal commitments. Rising with the lark and going to bed after the midnight oil has been burned is commonplace among workers. Up to one fifth of all working parents state they have had to miss important milestones in their children’s lives such as birthday parties, school plays and parents evenings with many working couples balancing their job priorities to see which parent (if any) can be available for personal and family matters.

The survey findings showed Irish workers feel greater flexibility of work location and shorter commuting times would help them to get enough sleep and spend more time with families. Over 84% of all office workers believe flexible working practices make them more productive with 88% of the surveyed population believing flexibility and choice of working hours engenders much greater loyalty to employers.

However, it seems that old habits die hard and even where flexible hours are on offer, managers still view those who arrive early and leave late as a sign of a hard worker. Workers also feel they have to overcompensate for time off for personal or family matters. This can be particularly true for women and there are still some women who would say the car broke down rather than a child was sick if they were late for work as it is more “acceptable” an excuse to employers.

In some companies, flexible working is seen as a reward for staff with often only senior staff allowed flexible hours or work from home options. Yet flexible working improves productivity, promotes mental and physical health of workers who can plan what suits their lifestyle around other commitments. Flexible working reduces stress levels and avoids the build up of frustration often seen in commuters who are stuck on a train or in a traffic jam.

Sleep Deprivation and the Importance of Adequate Sleep

Chronic sleep deprivation is sleeping 6 hours or less a day on an ongoing basis and this is common practice for a large majority of people. Sleep is vital to allow the body to recover from the exertions of the day and to perform important functions in maintaining and repairing the body and resting the brain. Lack of sleep is associated with health issues such as obesity, cognitive impediment, and heart disease.

University of Surrey, UK scientists have discovered that not getting enough sleep for just one week affects the way in which the body’s genes work. Lack of sleep (less than six hours a night) affects how over 700 different genes work. The genes include those associated with controlling inflammation, immunity, and genes associated with how the body controls stress. There is more vital research to be done, but breakthroughs are being made that will influence the treatment of poor health due to sleep deprivation.

Clearly, adequate sleep is a priority for health and fitness and it is no surprise that athletes understand the need to build adequate sleep into training programmes which often amounts to be nine hours or more a night.

There are enormous advantages to employers by accommodating flexible working or at home working. Many firms who have flexible working report lower absentee rates and less sickness days. It makes sense that employees who have a chance to balance work and home life will be happier, more productive, and more loyal to a company that has a culture of flexibility.